Don’t just take our word for it!

We’ve asked Northern Ireland’s leading road-trippers and adventure-finders NI EXPLORER to put a few of our Kia models to the test. They’ll be making the most of each model’s features – from the streets of Belfast to the Mourne Mountains, the Causeway Coast and everywhere in between.

Over the next few weeks, we’ll be out on the roads around Northern Ireland with a selection of the of Kia models available from Downeys Cars. While we won’t be going to the nitty gritty levels of a Jeremy Clarkson, we will be giving you an honest overview of the vehicles’ most significant features…with a few nice pics along the way.

For this first week, we knew the majority of our plans would be in and around Belfast – a mixture of meetings, eventsand the start of the Christmas shopping. 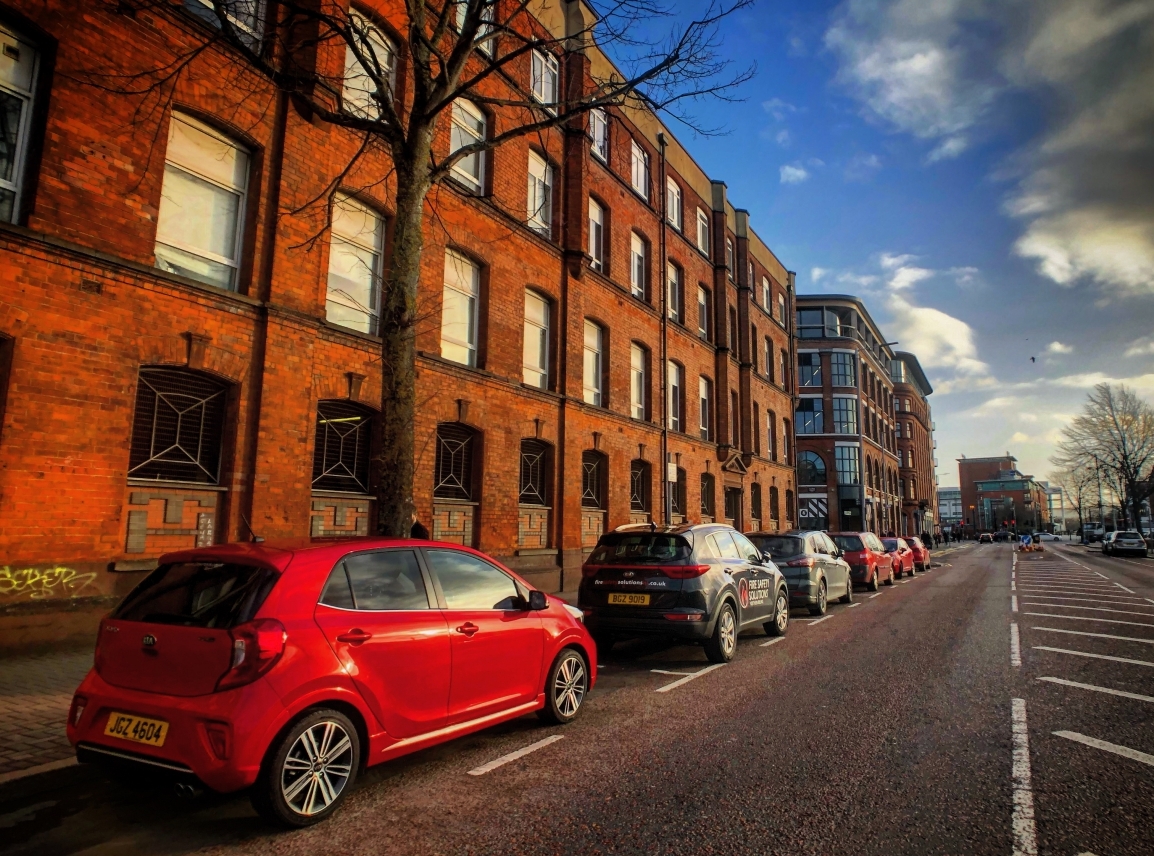 Downeys provided us with KIA’s most compact car, with GT-Line styling for a little bit of luxury. On the outside, the car’s aggressive front end, 8-spoke alloys, tinted windows and twin exhaust give it a nice sporty look. Especially in this eye-catching Chili Red colourway. 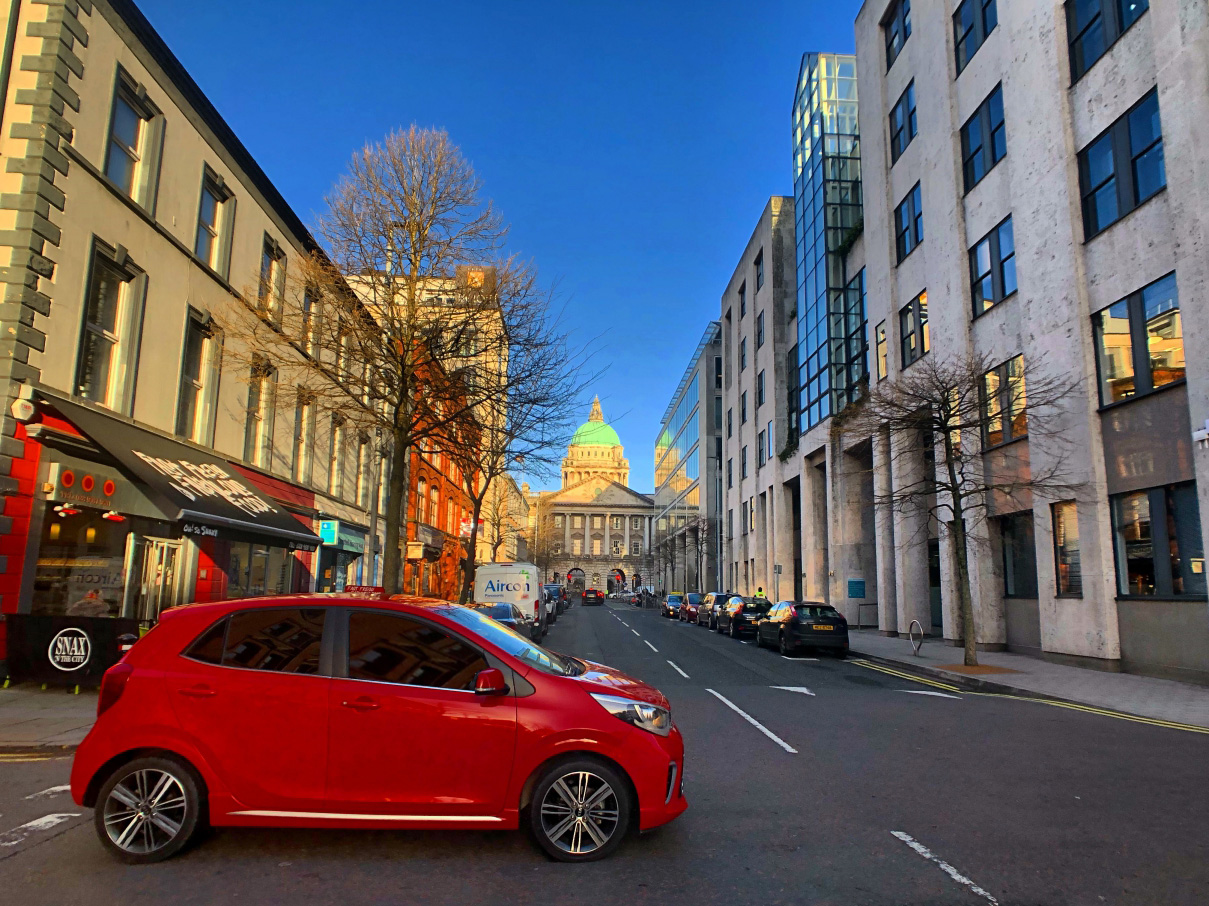 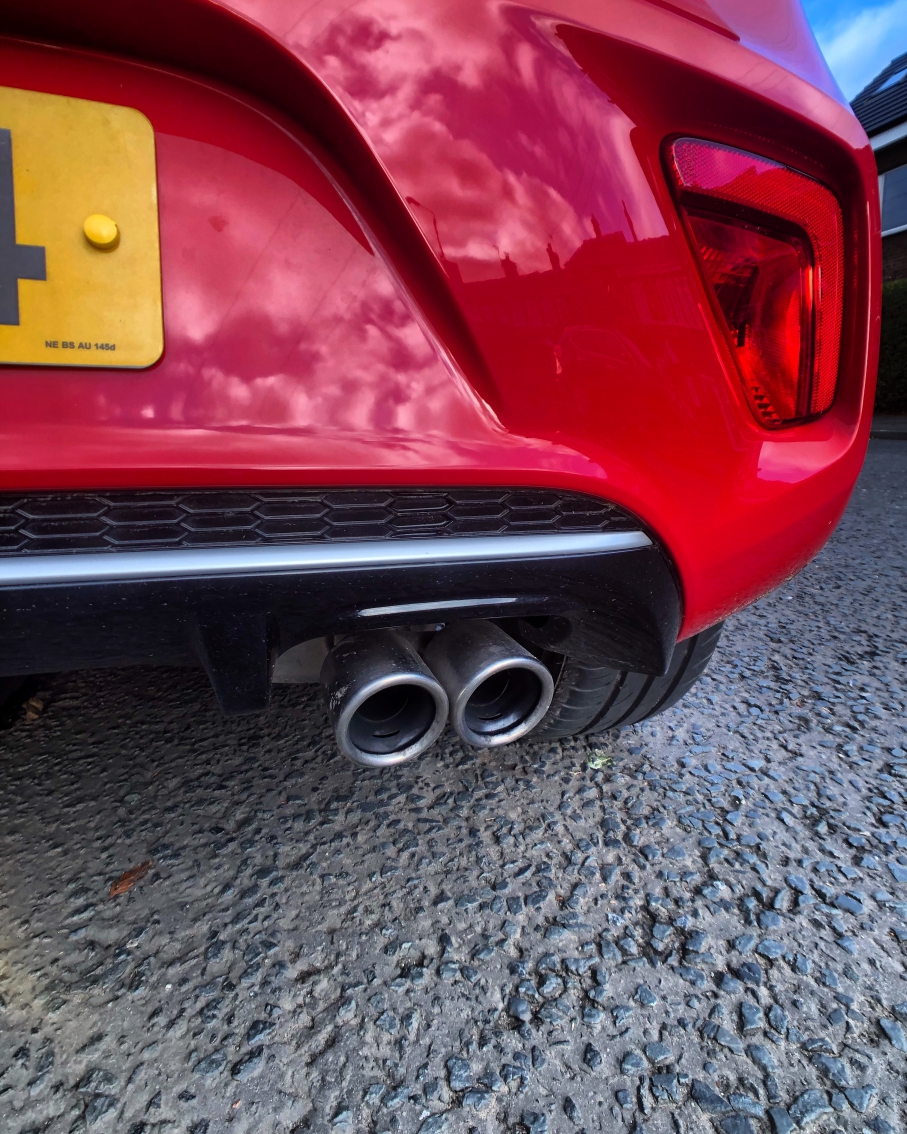 As we battled the city’s busier Christmas traffic over the week, the nippy 1.25L engine and compact vehicle size was a massive advantage. 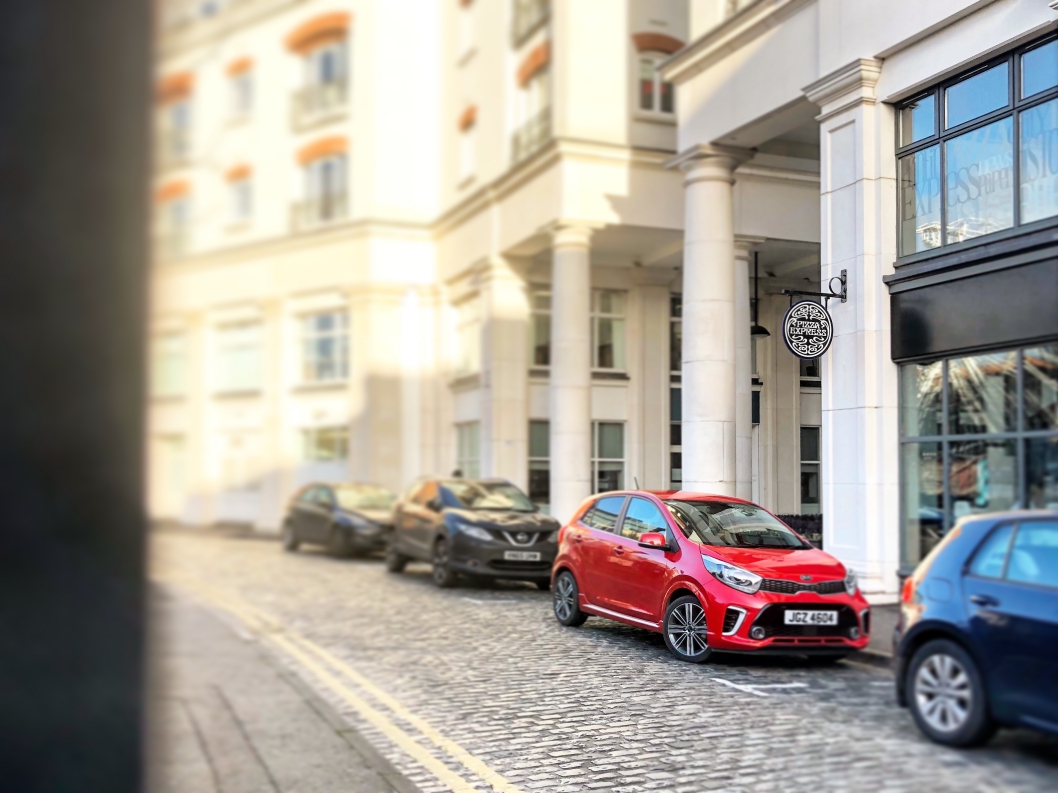 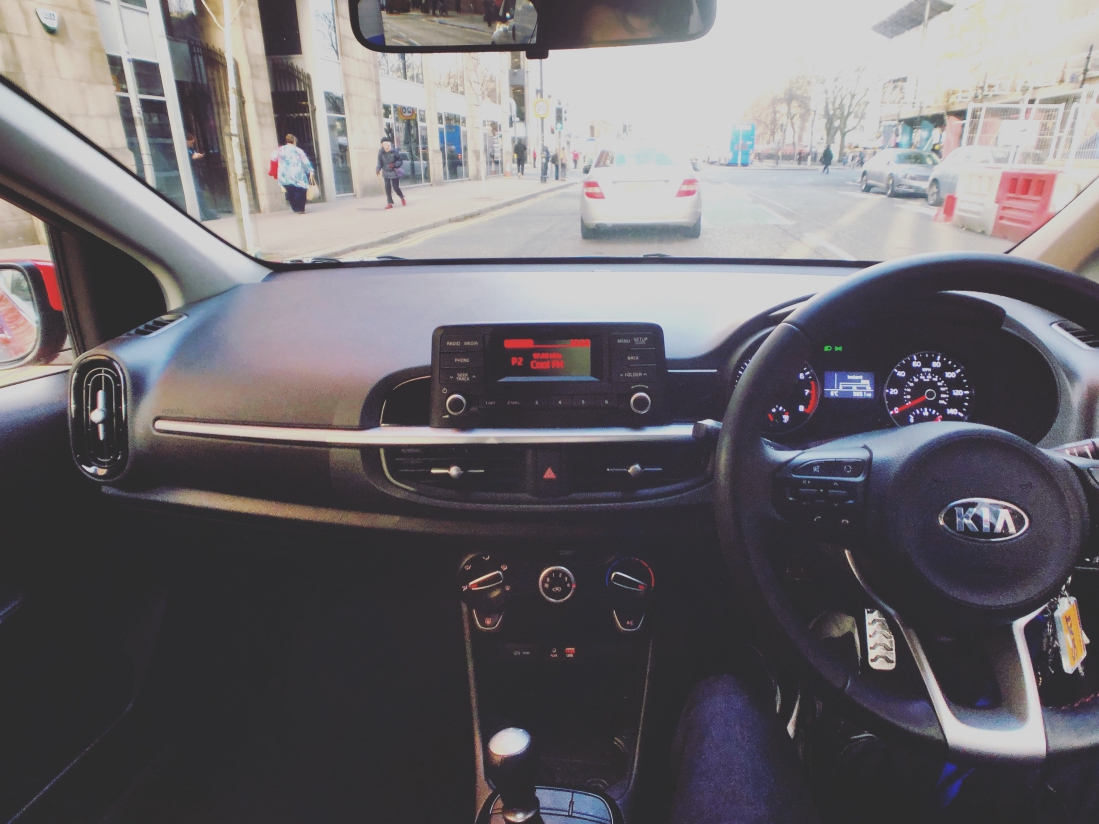 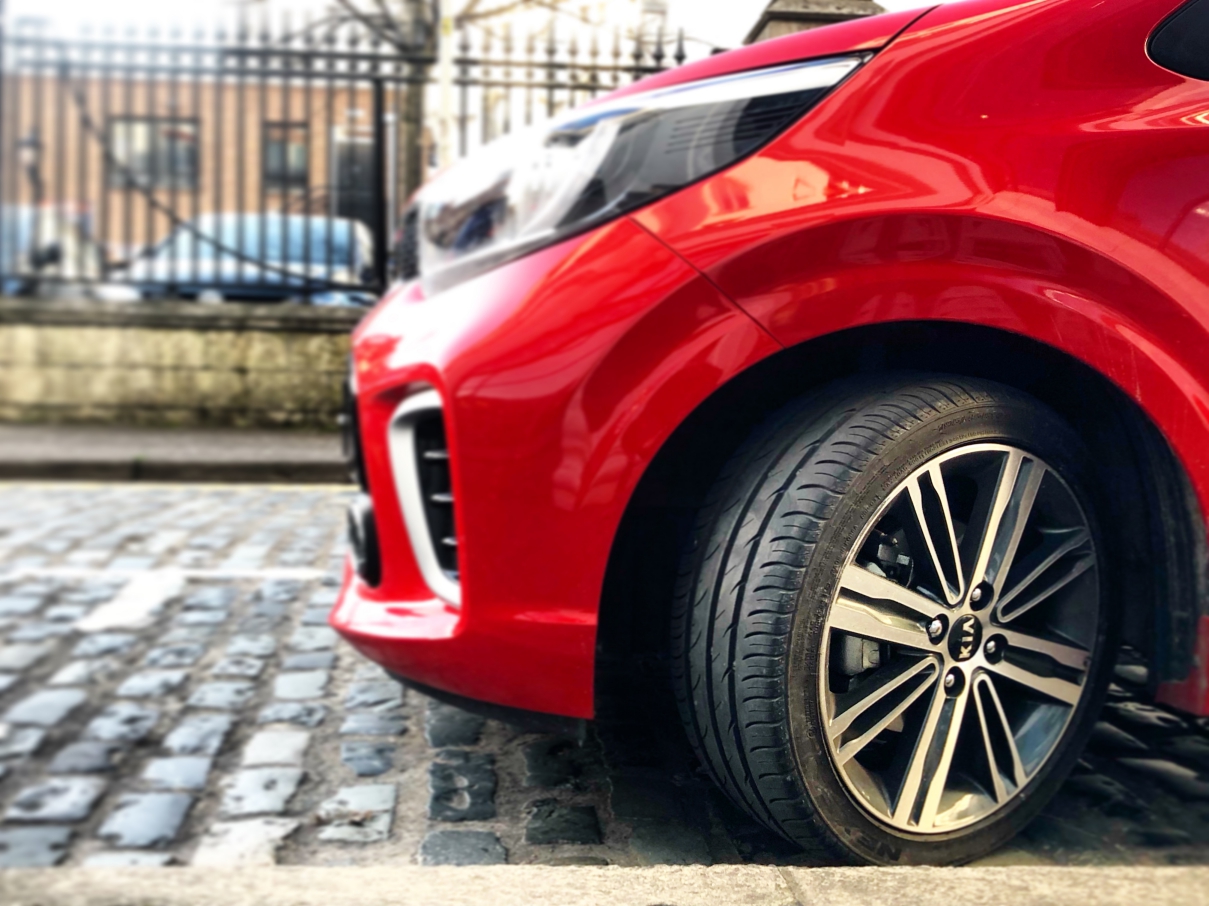 Parking was easy and just to push the boundaries a bit, we brought the Picanto down a few well-known Belfast streets, that would be near-impossible in a larger vehicle. 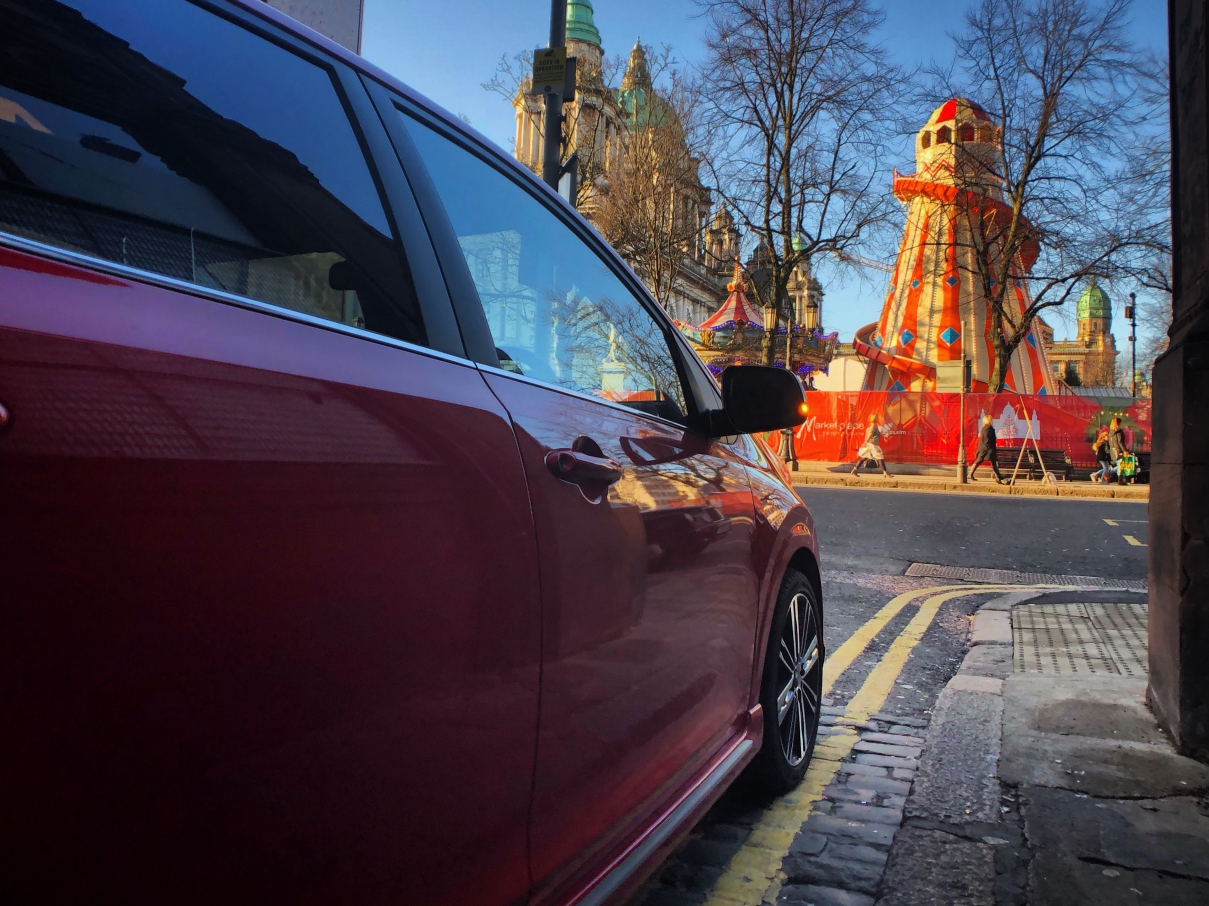 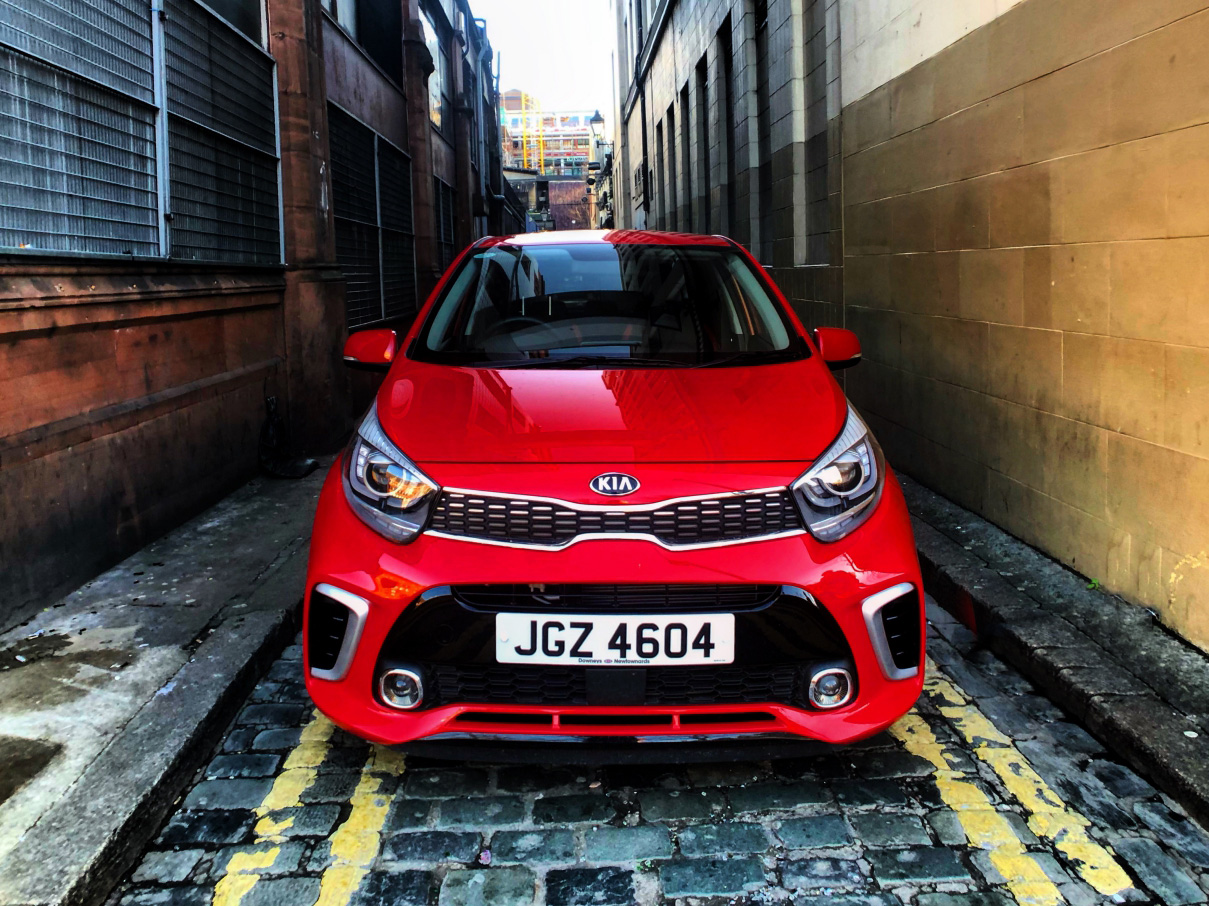 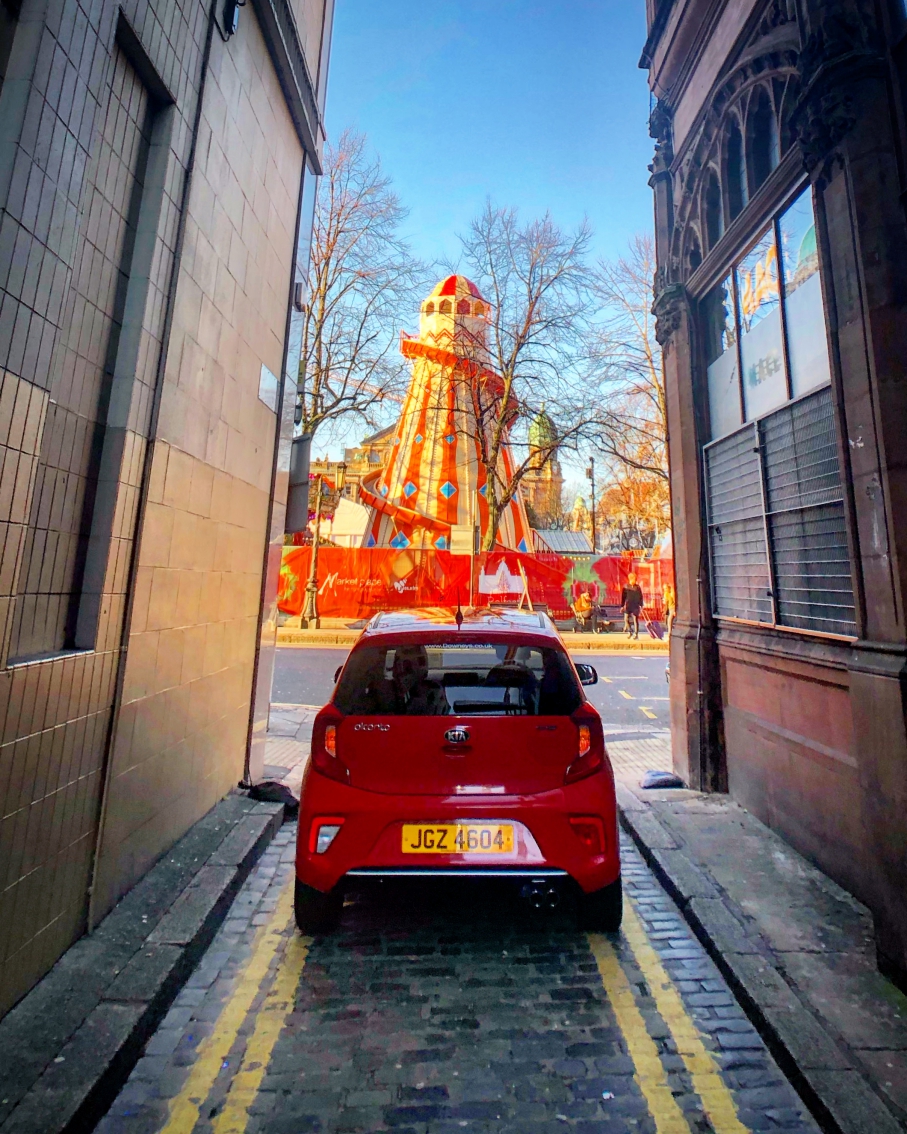 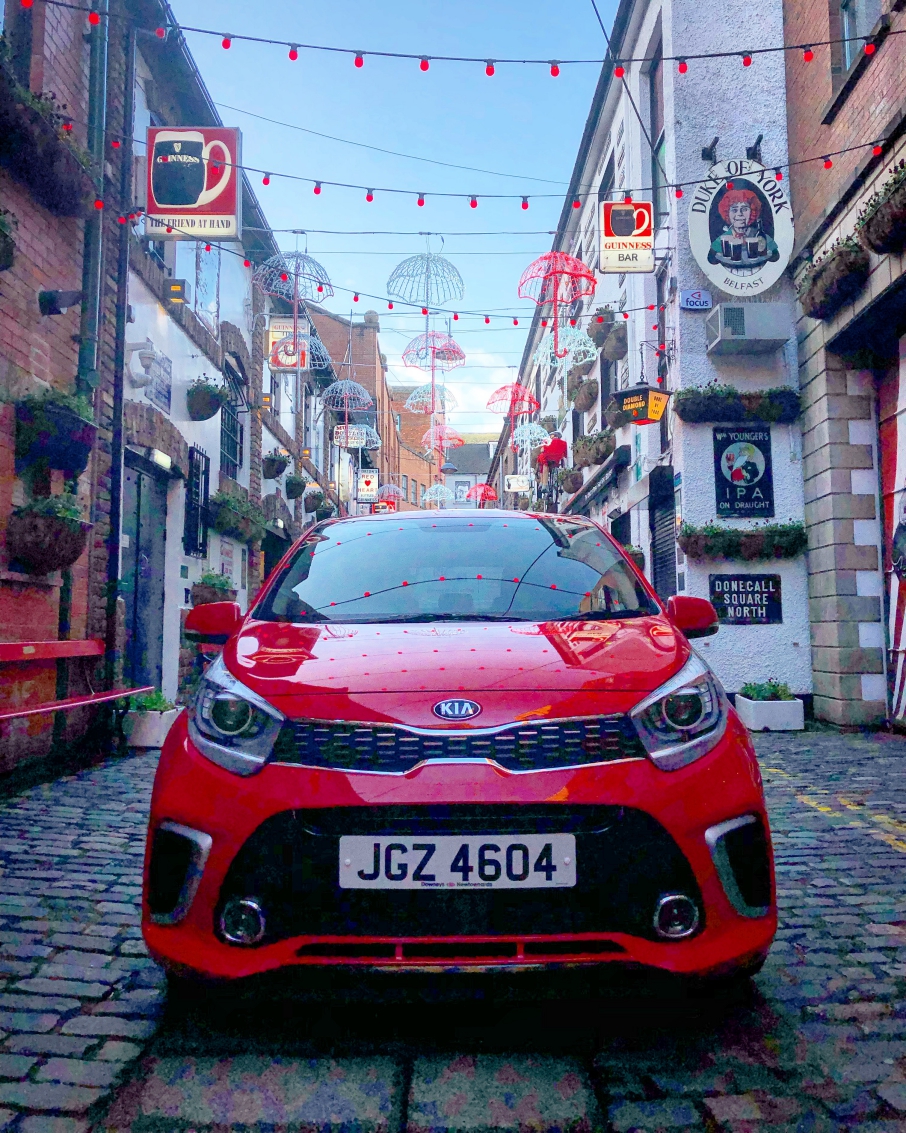 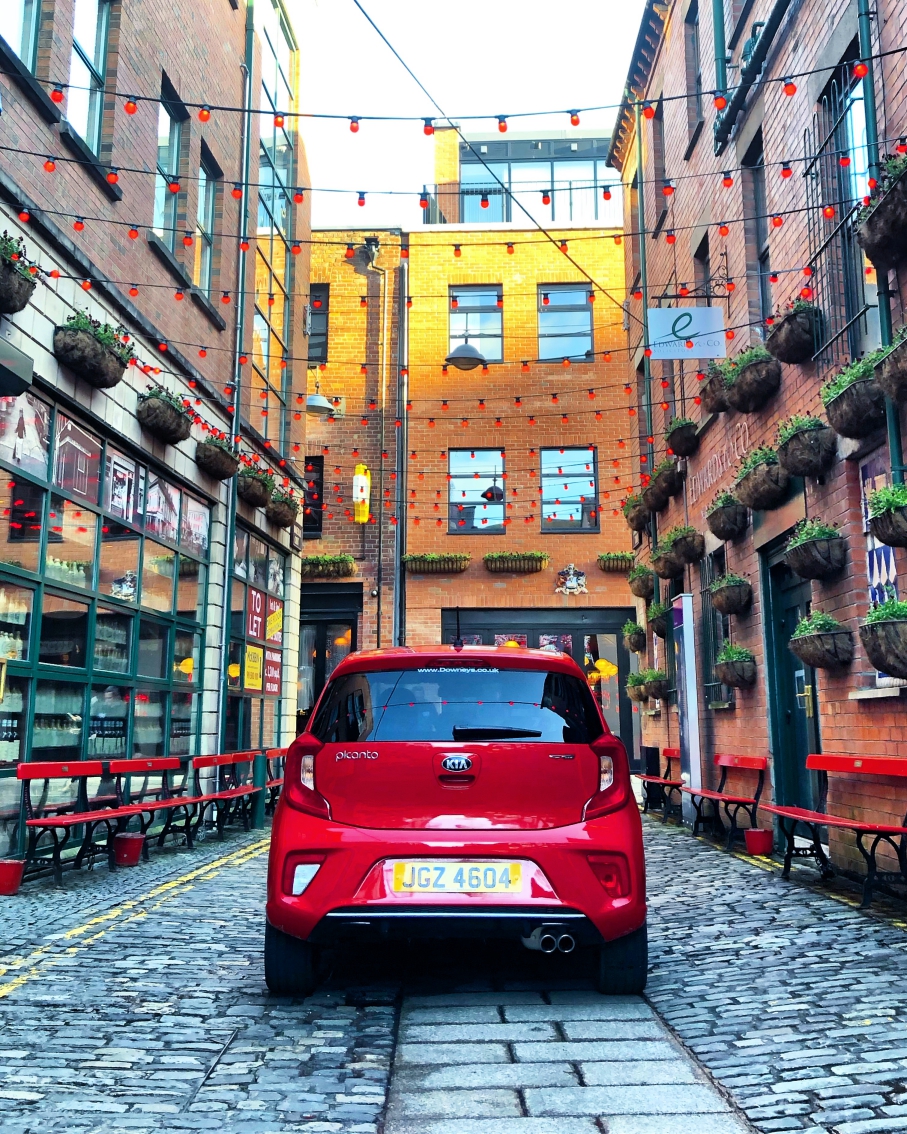 Admittedly, before we picked up the Picanto from Downey’s Cars, we had never been inside a KIA before, never mind driving one. We were impressed by the quality feel and the sporty styling which matched that on the outside. 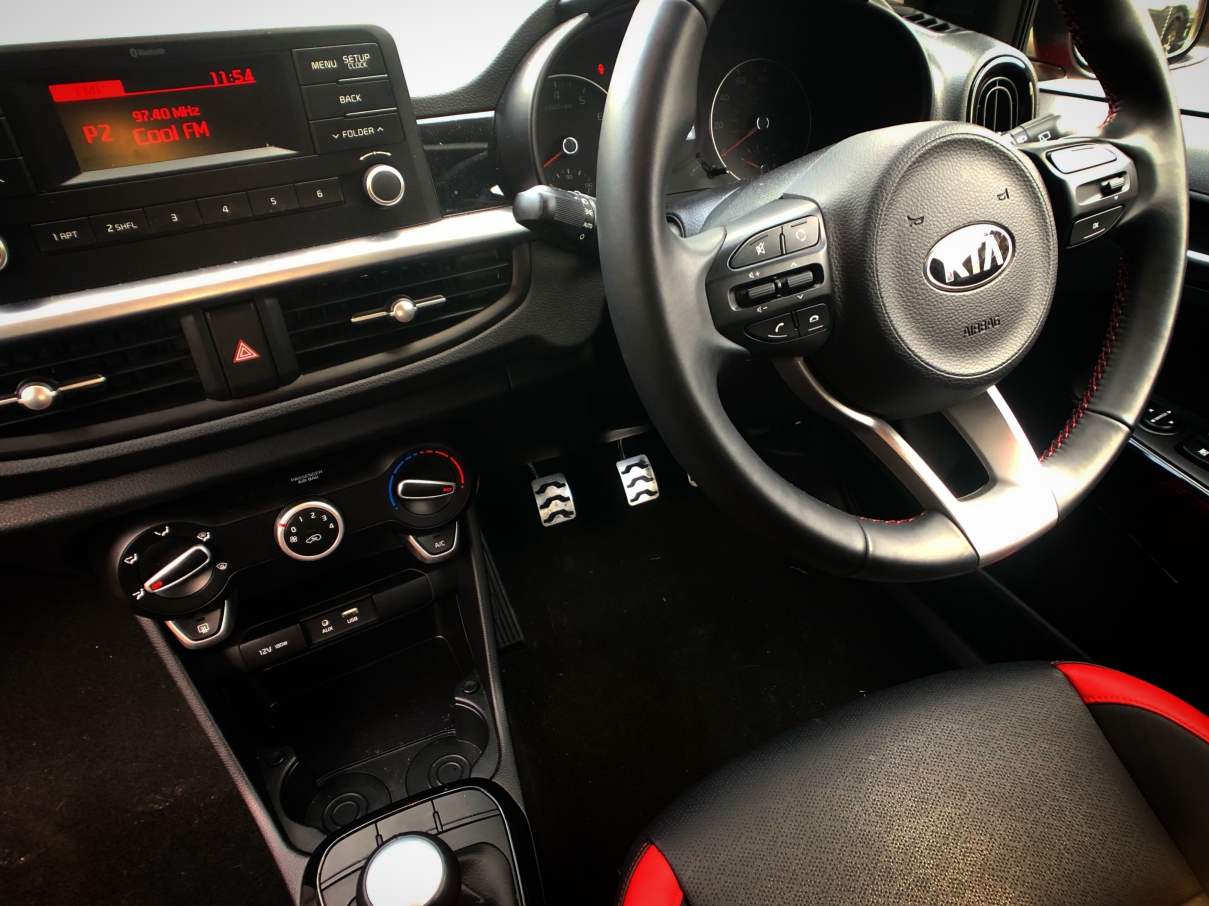 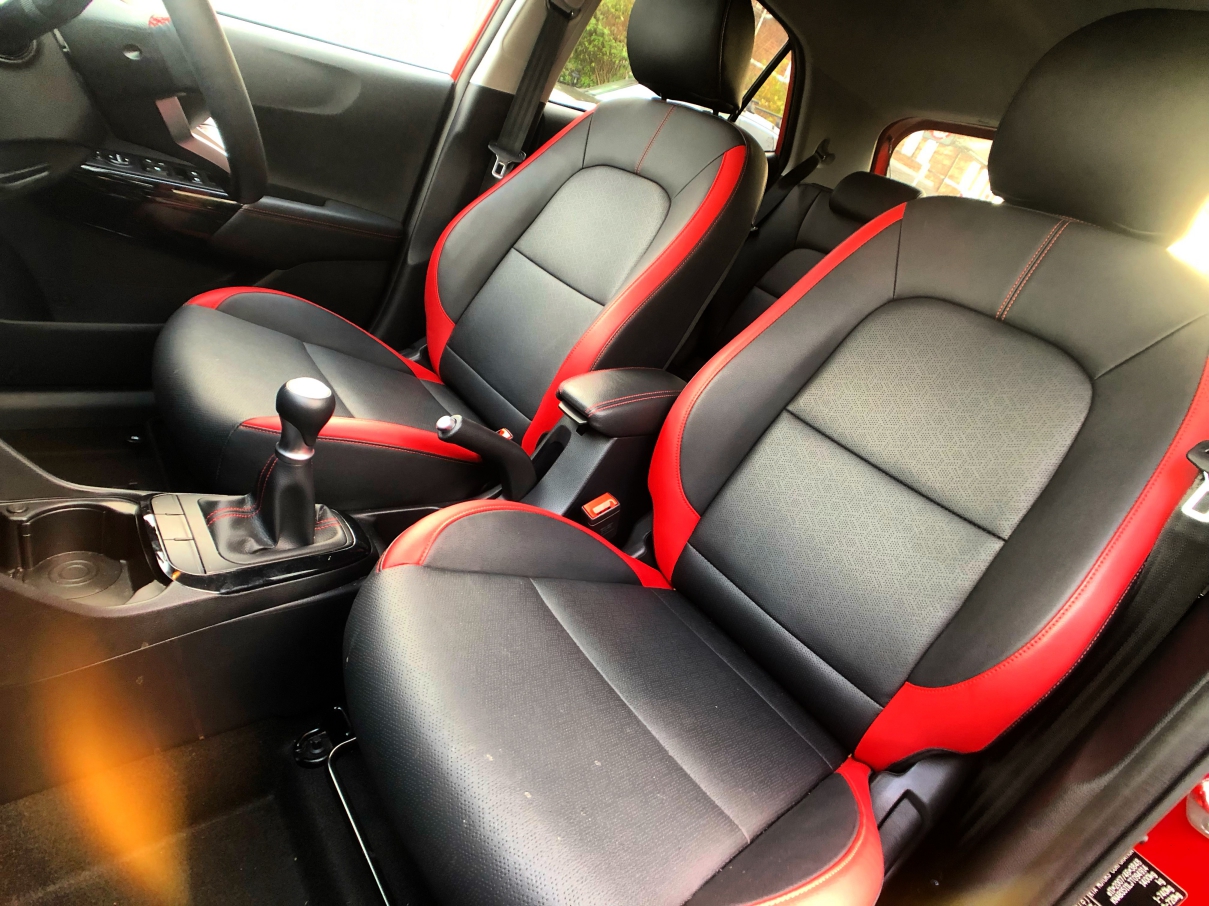 The Bluetooth phone connection and multi-function controls on the steering wheel were well used. As was the USB connection for charging the phone (pay a little extra and you can get wireless charging built in).

Driving the Picanto, we found the steering nicely light, while the manual gear box was as responsive as we hoped. We’ve been in a selection of (non-KIA) cars over the years and quickly disliked how ‘loose’ the gears and brakes felt – this was not the case at all with the Picanto.

And despite the compact size, there was still enough room for 4 adults (5 at a squeeze). 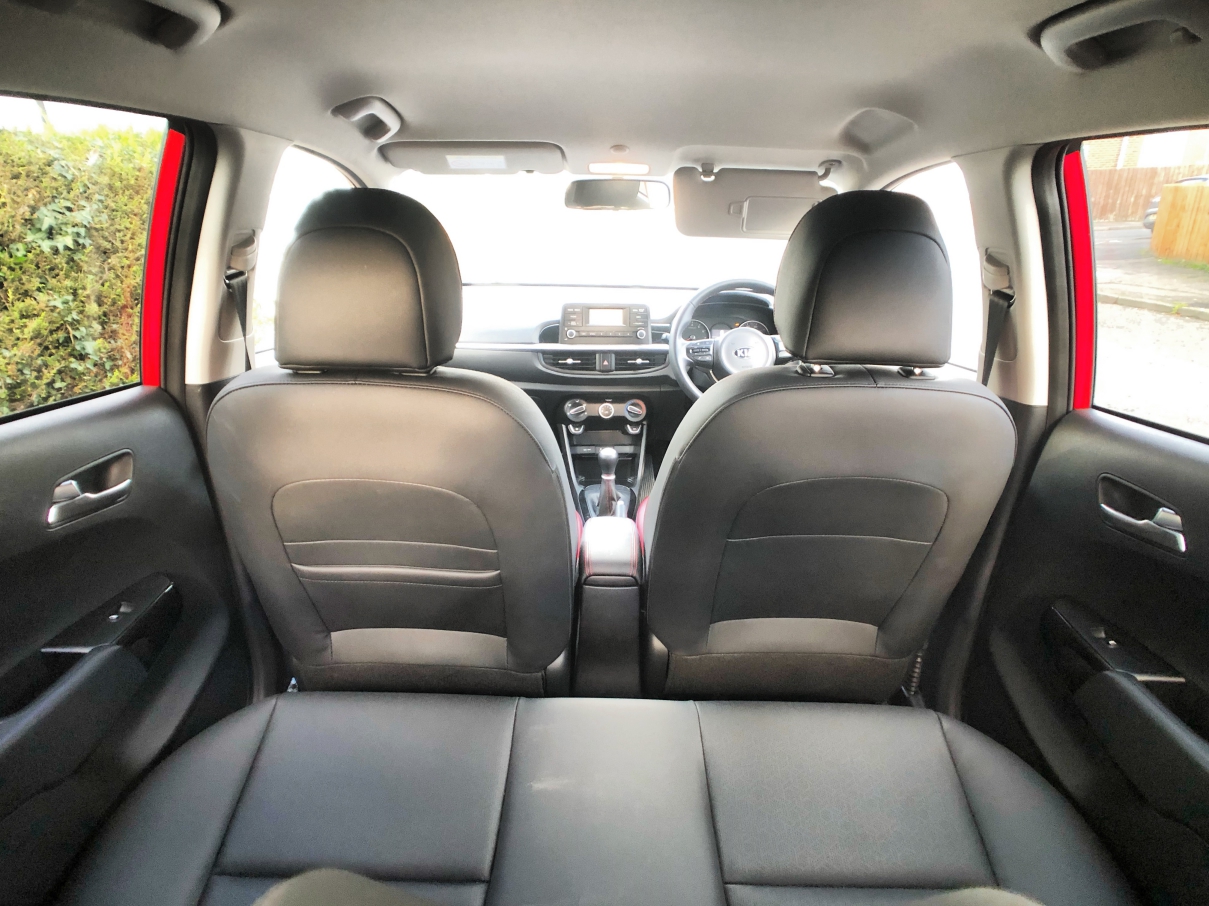 The boot was also larger than expected. We recently viewed another car brand’s ‘compact city car’ model and the boot could hold no more than 3 grocery bags. 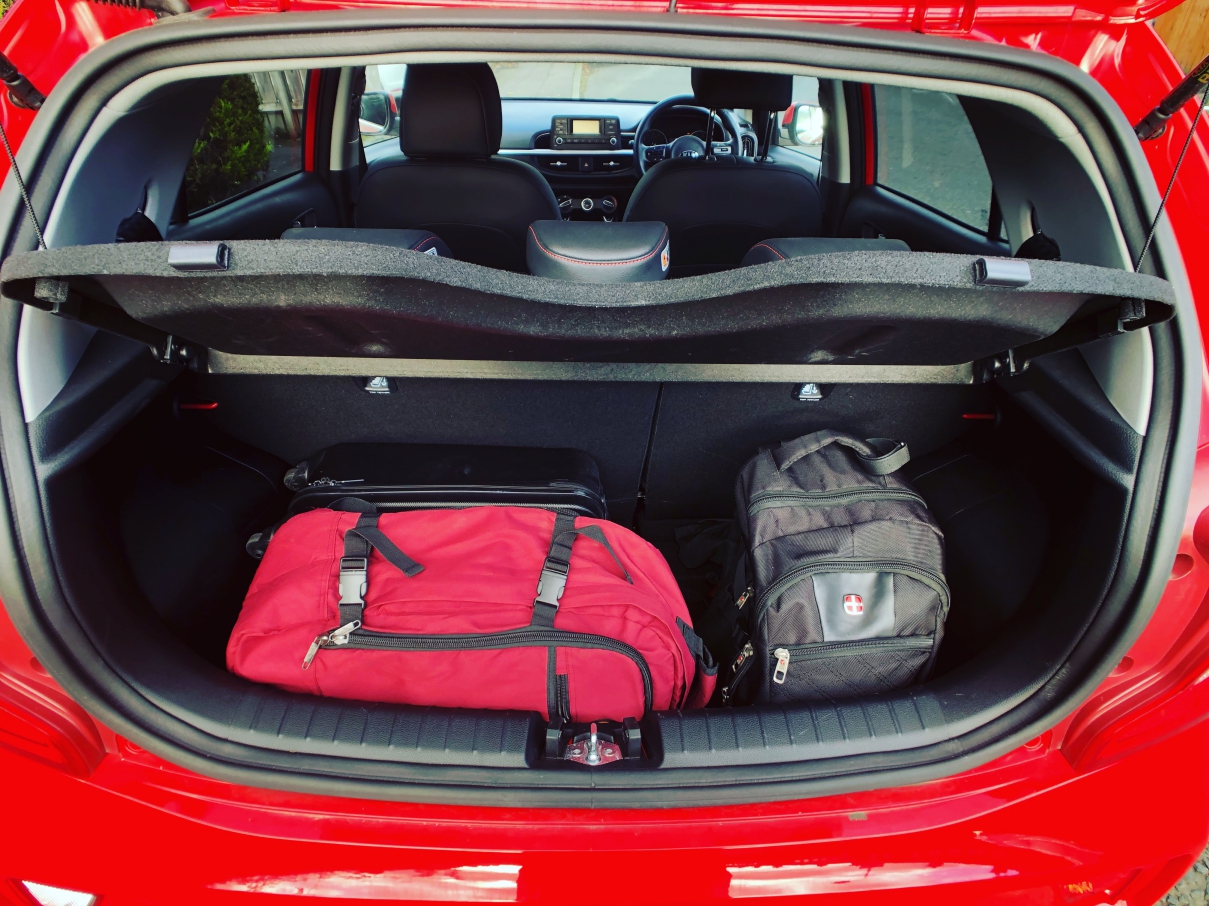 Although we had no need for overnight bags this week, we tested out the Picanto’s boot capacity and were able to fit two ‘carry-on luggage’ sized bags, plus a back pack, with a little more space to spare. 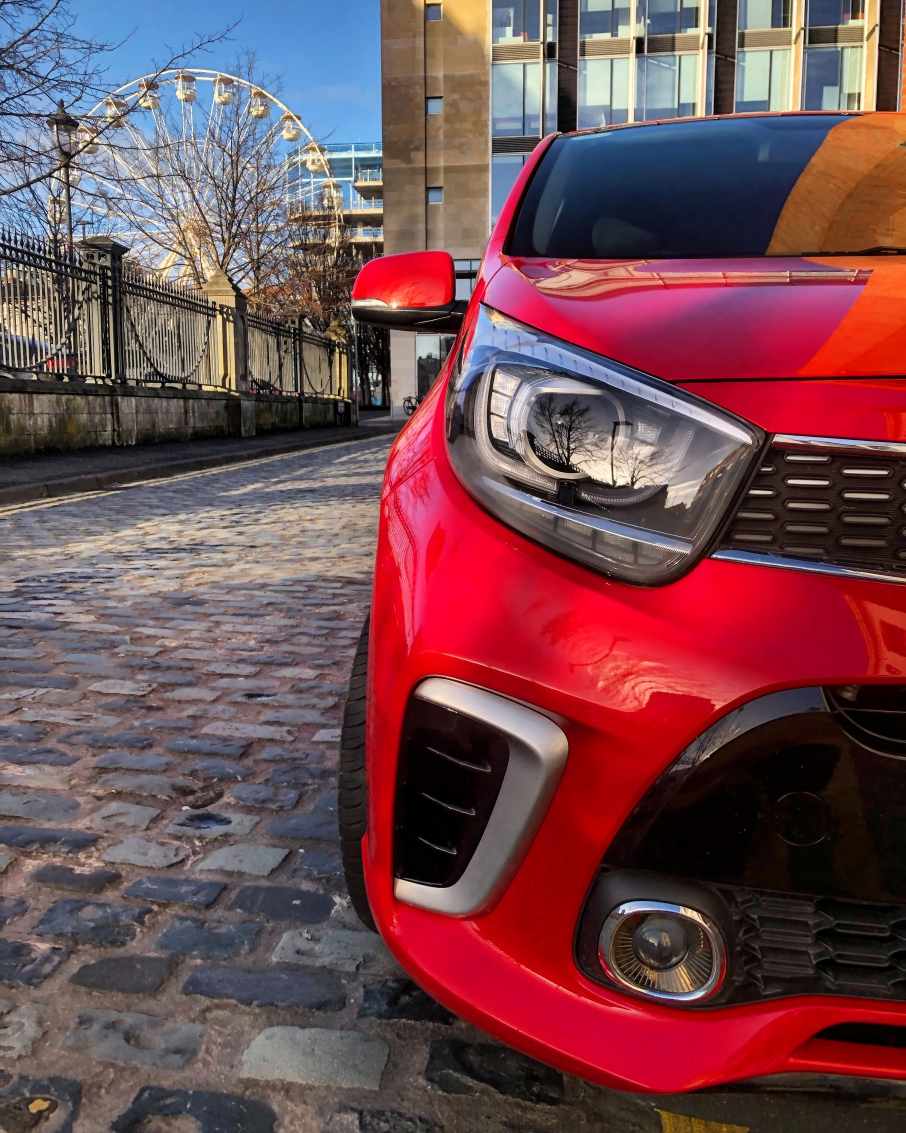 A great little car with stylish looks and the latest mod cons.

And now we’ve been in our first KIA, we’re spotting them everywhere. 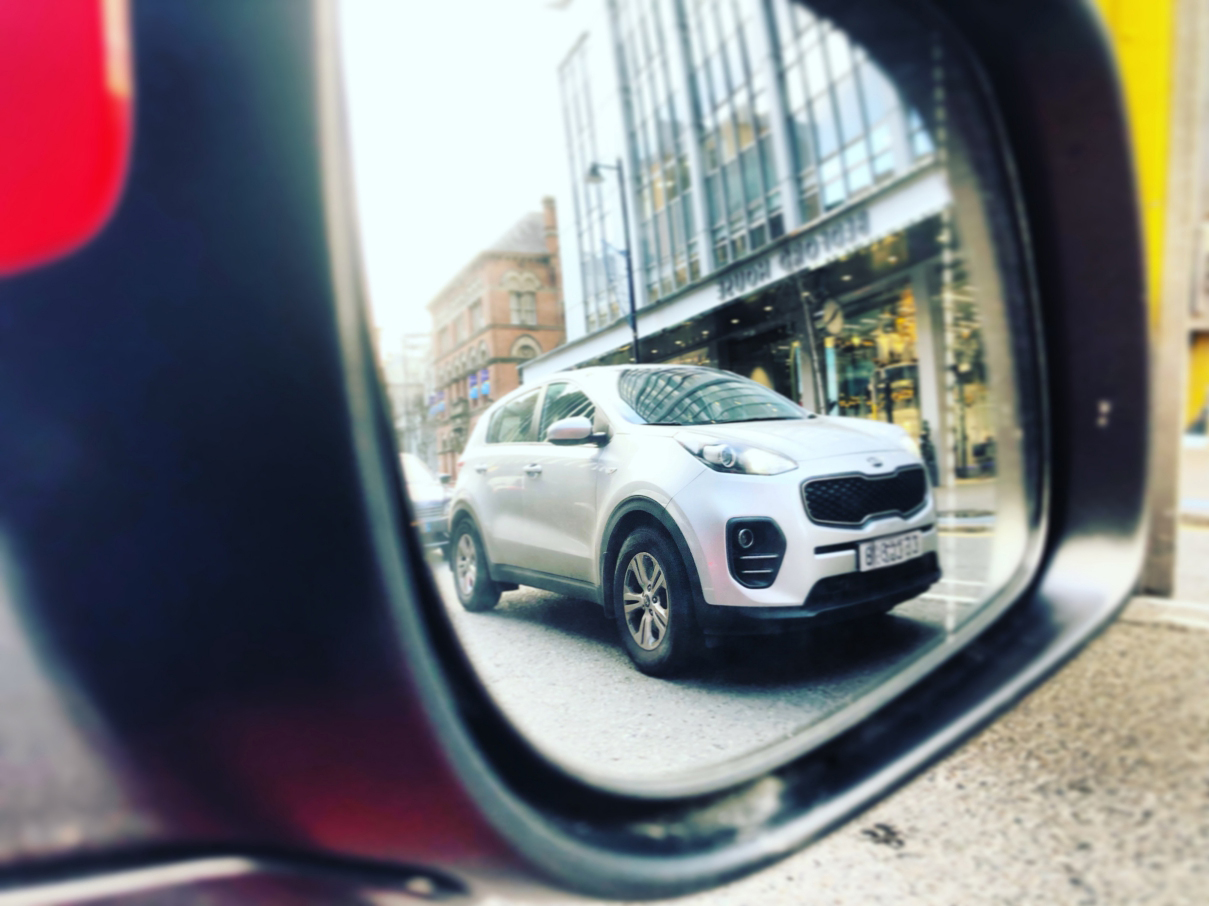 “Kias are closer than they may appear”

Looking forward to our next adventure with the new 2018 Kia Ceed (which you can now read here).